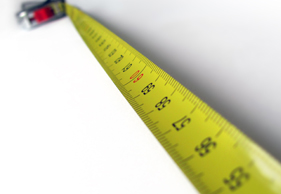 QUESTION 1: Stressing about a Possible Fracture

I
started running at the beginning of 2010 and in June last year started training
for my first marathon. After a half marathon in early October, I felt a lot of
pain in my right hip. It was made worse by running or walking, or even standing
for longer than an hour. A biokineticist diagnosed me with tendonitis in my hip
flexor, and I took a complete rest from running since then. I continued cycling
and swimming, which caused no pain in my hip. The dull aching pain is still
there, and my hip hurts for days after a short 2km run, or even after a yoga
class. Could I have a stress fracture in my hip? – LISA FISCHER

Possibly
yes. Stress fractures are not uncommon in distance runners, and are usually
caused by a too rapid increase in mileage or intensity. The muscles become
fatigued and are unable to absorb shock. The stress overload is transferred to
the bone and causes a tiny crack – a stress fracture. It is characterised by an
aching (sometimes very intense, sometimes dull) groin pain, which worsens
during activity and eases off during rest. Factors that could make you prone to
developing a stress fracture include incorrect running biomechanics, weak core
and leg muscles, low bone density and incorrect/worn running shoes.

Remember
that the hip joint and surrounding structures are very complex, and pain can
also be caused by:

?Impingement in
the joint.

?Muscle,
ligament or tendon injury, or scar tissue from a previous injury.

?Lower back
pathology where the sciatic nerve is involved.

See a sports
physician who will be able to do some diagnostic tests and/or send you for a
bone scan to determine a stress fracture. An MRI scan could diagnose hip joint
pathology. Depending on the diagnosis, the specialist will point you in the
correct direction regarding treatment, whether it is physiotherapy,
biokinetics, rest or surgery.

I consider
myself as reasonably healthy. I train about an hour a day and try to eat
healthily. Like most of us, I sneak in a little chocolate now and again, an
occasional packet of chips and a beer over the weekends. I have normal amounts
of sugar and try to stay away from take-outs. Yet I battle to maintain my
weight. In fact, I have actually picked up 3kg in the last couple of months.
Help, I am frustrated! – HARVIN
PATTERSON

There are
gaps in the information provided, for example existing medical conditions,
previous dieting history, portion sizes, what filling is used on sandwiches,
cooking methods, the use of dressings, sauces and condiments and what else is
on the plate. The words ‘healthy,’ ‘normal,’ ‘occasional’ and ‘a couple’ are
also open for interpretation. Therefore some qualitative comments:

?
Don’t
waste your calories on foods that provide more calories relative to nutrients,
such as the sugar in tea and coffee, alcohol, crisps and biscuits.

?
Include
lean sources of protein at all meals, e.g. low-fat dairy, fish (twice a week),
skinless chicken, lean meat, and eggs and legumes.

?
Increase
your vegetable intake, especially those that are considered ‘free,’ e.g.
tomato, broccoli, peppers and mushrooms.

?
Manage
your portions of carbohydrate-containing foods and rather use higher fibre
alternatives, e.g. brown rice or quinoa instead of pasta and smash.

Aside from
the dietary side, let’s also look at training. Introduce some variety, since
this is a great way to shake up your metabolism:

?
Interval
training: Your heart rate and energy expenditure rise in the high intensity
sections and you recruit fast twitch muscle fibres that might be lying dormant.

?
Include
at least two strength-training sessions a week. It will make you stronger, increase
muscle mass and decrease fat mass. This improved ratio will mean that you can
burn more energy – even at rest – since muscle tissue burns more energy than
fat.

?
Mix
the length of your runs: Do a long, slower run on the weekend and throw in the
odd 5km time trial run as a tempo run. Your body will continuously have to
adapt to the session.

?
Mix
the terrain of your runs, with hilly routes and uneven surfaces, as they require
much more energy than flat, tar road running.

?
See
a sports scientist who is a runner and can design a programme for you.

Registered
dietician with Shelly Meltzer and Associates, working with the Sports Science
Institute of South Africa.

Sports
Scientist and Media Manager of the Sports Science Institute of South Africa.