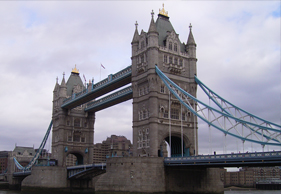 The
Summer Olympiad is held every four years and is one of the world’s biggest
sporting spectacles – and the highlight of many athletes’ careers. The 2012
Games in London will kick off with the opening ceremony on 27 July and will
wrap up with the closing ceremony on 12 August, while the Paralympics will
follow from 29 August to 9 September. The programme will feature 302 events across
39 disciplines in 26 sporting codes, and some 10 500 athletes from 204
countries are expected to participate, including a contingent of from our
shores.

The
first time South Africa sent athletes to the Olympics was in 1904, for the St
Louis Games in the USA, and the country was part of every Summer Games until
1960, after which global condemnation of the country’s Apartheid policy saw
South Africa barred from the Games. Thankfully, once the country’s political
system had been changed, SA was welcomed back into the global sporting
community and returned to Olympic action in 1992, and following the 2008 Games
in Beijing, South Africa can boast 70 Olympic
medals won in total: 20 gold, 24 silver and 26 bronze. And of those, 23 have
come in athletics (six gold, 11 silver, six bronze), with boxing (19) and
swimming (12) the only other SA sporting codes to reach double figures.

Our
first athletics medals came in London in 1908, when Reggie Walker won the 100
metres, setting an Olympic record, and Charles Hefferon finished second in the
marathon. Four years later in Stockholm, our marathoners did even better as Ken
McArthur won the marathon in an Olympic record and Christian Gitsham finished
second. However, spare a thought for Leonard Richardson, who set an Olympic
record in the 10 000m semi-final, but was then unable to finish the final, in
which his new record was also beaten.

The
1920 Games in Antwerp were the country’s most successful, with 10 medals in
total, including 4 golds. Three medals came on the track, where Bevil Rudd
starred for the country, winning gold in the 400m and bronze in the 800m, and
helping the 4x400m
relay team win silver, along with Henry Dafel, Clarence Odlfield and Jack
Oosterlaak. Then came the 1924 Paris Games, where Sydney Atkinson took silver
in the 110m hurdles and Cecil McMaster won bronze in the 10 000m walk. Atkinson
went one better in 1928 in Amsterdam, winning gold in the 110m hurdles for our
only athletics medal of the Games.

In Los
Angeles in 1932, Marjorie Clark won bronze in the 80m hurdles for the country’s
first female Olympic athletics medal, but then followed a long drought as no athletics
medals were brought home from Berlin (1936) or London (1948), with no Games in
1940 or 1944 due to the Second World War. Then in the 1952 Helsinki Games, the
women once again flew the SA flag proudly as Esther Brand claimed gold in the high
jump and Daphne Hasenjager took silver in the 100m. Malcolm Spence’s bronze in
the 400m in 1960 in Rome was to be the last SA track medal for quite some time
thanks to the country’s sporting isolation.

IN FROM THE COLD

No South African who witnessed the country’s return
to Olympic action in 1992 in Barcelona will ever forget watching Elana Meyer run
to silver in the women’s 10 000m, then do a victory lap with Ethiopian winner,
Derartu Tulu. And it was just the first of more medals to come, as Josiah
Thugwane claimed marathon gold in 1996 in Atalanta, while Hezekiel Sepeng
brought home silver in the men’s 800m. Four years later in Sydney, Hestrie
Cloete took silver in the women’s high jump while Llewellyn Herbert (men’s 400m
hurdles) and Frantz Kruger (men’s discus) brought home bronze medals. The class
of 2004 saw Cloete repeat her silver heroics in Athens, while Mbulaeni Mulaudzi
also took silver in the men’s 800m.

The 2008 Games in Beijing were not as successful,
with Khotso Mokoena’s silver in the men’s long jump not only being the
country’s only track medal, but the only medal that came back to SA overall.
The South African team will be aiming to much better this time round.

Next month we look at some of the
top medal contenders amongst South Africa’s athletes.