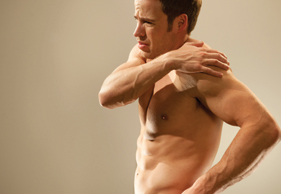 I have been running for about two years and have entered the Old Mutual Two Oceans Ultra 2012. I’ve done about six marathons in two years and finished both in under five hours. Everyone is giving me conflicting advice on what I need to do regarding my training, the use of energy gel’s while running, etc. On marathons I eat jelly babies, drink water and usually have Coke at every second water table from 10km onwards, but this doesn’t always work. I am disciplined enough to run alone so long distance training is not a problem, but please give me some novice advice on training and nutrition to help me cross the finish line at Oceans. – KAREN ERVENS, CAPE TOWN

ANSWER
First off, Karen, congratulations on committing to Two Oceans next year. From the sounds of it, you are a motivated and dedicated individual and I have no doubt that you will cross that finish line. Now, when it comes to the longer distances, nutrition becomes very important and is something you need to work out according to your body and needs. I suggest you chat to a dietician about this. I can, however, suggest that you start eating before a long run (including races) and that you look for a low-GI, slow energy-release product for the races.

In terms of training for the race, there are three key components to training: Quality runs, long runs and rest and recovery (most important). Training breaks down our muscle fibres, whereas rest allows those fibres to repair and grow stronger.

Quality sessions allow us to push a little harder (not flat-out), which takes our minds and bodies to levels we’ve never been before. Sessions like speed work and hill repeats strengthen and build our muscles enabling us to go the distance. Long runs should be run at slower than Two Oceans race pace. This trains the body to use the energy stores efficiently at the pace you’re planning to run the race. It’s pointless running a long run at 21km pace when you’re going to be running Two Oceans at a much slower pace.

Norrie Williamson is the Two Oceans Virtual Coach, and an excellent coach at that. I recommend you follow one of his programmes found on the Two Oceans website.

Modern Athlete Expert
RAY ORCHISON
Ray has run five Comrades Marathons, with a PB of 7:18 last year. He was club captain at Bedfordview Running Club from 2009 to 2011, before he moved on to become captain of the Bedfordview Performance Squad.

Pain in the Back
I’ve recently started running. After training I have experienced slight pain in my upper back that lasts only for about 12 hours. Is this normal while my body adjusts to the impact of running, or am I doing something wrong? I have slight scoliosis and have been informed by my chiropractor that the natural curve of my back is too straight, which causes a build-up of tension over time. So I have to be aware of my posture to reduce the tension. Could this be a reason for my discomfort? – LIEZL MULDER, JOHANNESBURG

ANSWER
Upper back discomfort in new runners or during and after long runs is not uncommon. It is less common during and after shorter training runs, and should settle fairly quickly as you get fitter and stronger. As you say, it takes time for your body to adjust to the impact of running.

Your scoliosis could have an impact on the discomfort, especially if you experience the problem even during shorter runs, and considering that the discomfort you experience can last for as long as 12 hours. The degree of scoliosis is also significant and the larger the curve angle, the more the body will have to compensate, potentially causing greater pain and discomfort.

The other two potential causes in your case could be functional or degenerative scoliosis. In a functional type of scoliosis, an abnormal curve develops in a normal spine because of a problem elsewhere in the body. This could be due to one leg being shorter than the other, or because of muscle spasms in the back. The muscle spasm could explain what you describe as your back being “too straight,” where there is a resultant loss of your natural lumbar lordosis. Over a period of time, this would definitely result in back pain. Degenerative scoliosis occurs in older adults caused by changes in the spine due to arthritis, affected by osteoporosis and disc degeneration.

Careful examination is required, followed by the appropriate treatment, including corrective exercises and postural training.