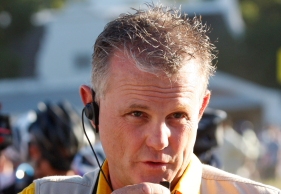 If you ask David Bellairs what is the biggest challenge he faces in his job, you’d expect him to answer something about the logistics involved in putting on the world’s biggest timed cycling race. After all, the Cape Argus Pick n Pay Cycle Tour puts some 35 000 riders onto the Mother City’s roads each year, and entries sell out within days. However, David says his biggest challenge is creating newness in the race.

“What makes the event so successful is that we’re constantly reinventing it to enhance the experience for the riders, so that their first thought when they finish must be ‘I have to come back next year.’ You constantly have to lift the bar – if you lose sight of that, then you start slipping backwards and eventually you can write your event off,” says David.

THE TRUST
The CTCTT is a 50-50 partnership between the Pedal Power Association and the Rotary Club, who co-present the Argus and two other major cycling races, the Coronation Double Century and the Burger Cycle Tour. The Trust is a non-profit Public Benefit Organisation, so at the end of each year, the two partners split the profits equally for redistribution: The PPA ploughs money back into the sport, while Rotary uses it share to support various charities and causes. The operation now includes an online entries division as well as an electronic timing company, which David says saves them much money and time.

ON THE RUN
David is understandably well known in cycling circles, and has done many races and tours through the years. He manages to fit regular 5am early morning rides into his busy schedule in summer, as well as long rides on the weekends, where he and his mates do traditional coffee stops along the way. However, he says it is running that is really exciting him at the moment.

“My girlfriend Nicki is an avid runner and has just finished the Racing the Planet expedition race in Nepal, so I’m really getting back into it again. I did two or three Knysna Half Marathons some years back, and my proudest moment was my 99:56 PB. Meeting Nicki reignited my passion for running. I find that what takes me three hours to do on the bike, I can do in 45 minutes on my feet, and running in the early morning in winter is so much safer than riding.”

“I rode my 14th Double Century the other day having only done three big training rides in three months, but I had been running three to four times a week, and that allowed me to finish pain-free and comfortable, without cramping. I’m aiming to do the AfricanX trail run event with Nicki next year, and hopefully one of the Racing the Planet roving races after that. I’m completely addicted to running – you get an endorphin rush from cycling, but it’s not the same as running. And I love that I can run a hard 5km and feel shattered but good, whereas I may as well not bother getting changed if I only have time for 20 minutes on the bike.”

FINDING TIME
“I believe that people who say they don’t have time to exercise, don’t want to make the time. There is always time. Life is about balance, and exercising gives me that balance. It allows me to keep fit and healthy and keep my weight down while providing a wonderful way to de-stress and catch up with mates.”