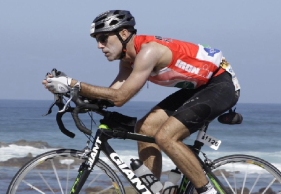 I am a relatively new runner and am amazed at the camaraderie between runners, whether they know each other or not. I had a prime example this morning on my training run. For the most part, when doing my training, I’m focussing on keeping on going, I’m not too focussed on what or who is around me. This morning, a very nice gentleman who was also running started chatting to me. It was really nice to have company on my run for a change and I was in fact quite surprised that I could actually run and chat relatively comfortably.

It turns out that my new friend has to curtail his running (he’s a long-time runner) for a time due to health reasons, so we have now arranged to run together sometimes and it’s a great arrangement for both of us. I get company on my run and he gets to make sure that he doesn’t overdo things, because he is running at my pace not his usual pace.

So I’ve discovered that not only is running good for your health, fitness and weight-loss, it’s also great for your social life! It was really great to meet you today, John – CAROL WARD

Thank you, Chrissie!
Finishing my first Ironman was awesome: The crowds, the noise, the red carpet, the lights, the sense of achievement and the commentator calling out my name, saying “you are an Ironman.” It really was an epic feeling. But for me, equal to crossing that finish line was getting my medal.

As a ‘seasoned campaigner’ in canoeing and running, I literally have hundreds of medals, so it wasn’t just about getting the medal. What made it really special was that it was world champion Chrissie Wellington who was there to give me my medal. She didn’t just give me my medal, she said hello and well done, she hoped that I had a good day and happily told me (after I had asked her) how she had had her best day ever.

Chrissie smashed the records on that day, so Chrissie, big respect for that, and I am sure you did have your best day ever. But even bigger respect to you for being there for us after your awesome day, and most especially for being so friendly and sincere. Your special touch at the end rounded off an awesome day for me, too. Thank you! – CLIVE EVANS

Well done, Fran
In April 2011, Modern Athlete published an article titled Inspired to Run. It was an article about Fran Venter, a 40-year-old Cape Town woman living with cancer who was given the opportunity to fulfil a dream and was invited by Virgin Unite, the non-profit foundation of the Virgin Group, to run the Virgin London Marathon. However, the requirement for her entrance to the race was a R100 000 donation to the charity of her choice.

The NavChallenge presented by Glider on 5 February 2011, along with Virgin Active and many other generous donors, assisted Fran in raising R110 000 for the charity of her choice, Ma Afrika Tikkun. On 17 April 2011, Fran successfully completed the marathon in 5:14. A huge well done to Fran on a fantastic achievement and a heartfelt thank you to all that so generously contributed!

Check out www.raceinterface.co.za to find out about the next NavChallenge to be held on 6 August 2011 at the Hermanus Wine & Food Fair, and how you can continue to support Fran. The NavChallenge is a three-hour orienteering race open to both mountain bikers and trail runners. – KERRY ROSETTENSTEIN