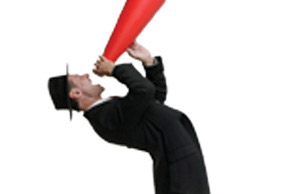 Thank you to Catharina Robbertze for writing an interesting and informative article about walkers (Step it up, March 2011). As a keen walking member of Run/Walk for Life’s Constantia branch (better make that Fun Walk for Life, because despite enthusiastic encouragement from our branch manager, Deon Lerm, I don’t compete in races), I enjoy your magazine but do feel that walkers are very much overlooked. Remember, walkers are athletes too – please don’t forget about us!

I also loved Catharina’s well-balanced article Listen to your Body. It has an important take-home message for all female athletes who are only too happy to lose weight while they train too hard, and turn a blind eye to what their bodies are trying to tell them. Osteoporosis is a painful and debilitating disease, and prevention is far better than cure. – LINDA CURLING, CAPE TOWN

Never Give Up!
In my spare time I raise funds for disabled and underprivileged athletes, including amputees Ntsikilela Mdladla and Wilhelm Du Plessis, who have been running races with crutches. I am pleased to tell you that Medi-Clinic has agreed to sponsor Ntsi with a prosthetic and a blade. This came as a huge surprise, as in late February I was going to tell my two amputees that I could not assist them any more. For two years, the time and effort that I had put in trying to raise funds for them was just not enough. I was going to tell them that they needed to find someone else, as I was just not good enough for them.

However, after running at the Nelson Mandela 10km race near Paarl on 12 February, Die Beeld did an article on us and it was published the same day that we ran the Gino’s 10km race in Stellenbosch on 23 February. I ran the whole way with Ntsi, and there was a chap running with us most of the way (for which I will be eternally grateful), and little did I know that this chap was the CEO of Medi-Clinic. The next day I got a call to say that they were interested in helping me with Ntsi. I was left speechless and still am as I am writing to you. In fact, I still have to pinch myself to believe it, because within a day of our first meeting, Ntsi was fitted with a temporary prosthesis.

Just when I was ready to give up, there were miracles happening in the background. In short, never give up, because you don’t know what is just around the corner! So Ntsi has a sponsor, and Dr Anton Crous, a prosthetist from the Strand, will be sponsoring Wilhelm, but we still need to raise funds towards Wilhelm’s prosthesis as well as to support other disabled athletes. Readers can support this great cause by visiting http://guts2glory.co.za. (All funds are handled by the University of Stellenbosch.)

PS: Love this magazine. The most awesome articles, the most awesome tips, and most of all, it is all about athletes who have the same interests and goals. Well done guys. You are doing a superb job! – Lee Mc Queen, Stellenbosch