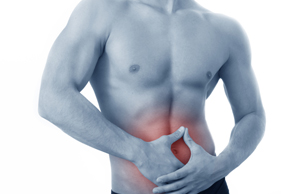 I have attempted several races (21.1/42.2km and Comrades), but I suffer from stomach cramps, especially from about 30 minutes into the run. This also happens when I’m training. I tried changing my eating and drinking habits, but to no avail. It even happens on an empty stomach, but it is a bit better than when I have a glass of water or banana hours before the run. The cramps start on one side of my stomach and move around as I run. It definitely affects my speed. Please help! GRIFFITHS MAKGWALE, SOWETO

ANSWER
Gastrointestinal symptoms are commonly experienced in endurance athletes. Symptoms range from bowel urgency, stomach cramps, diarrhoea, heartburn and nausea. There are a range of physiological reasons for this. Exercise, and in particular running, possibly because of the jarring, can disturb regular bowel movement and decrease blood flow because certain stress and gut hormones are released during exercise.

There seems to be a link in the intensity and duration of the training session or race and the degree of gastric discomfort. Certain dietary practices – type, timing and volume of intake of food and fluid choices – may also aggravate the symptoms. Other aggravating factors could include certain medications (e.g. anti-inflammatory medication) and dietary supplements, or stress and anxiety.

Some general recommended dietary strategies to reduce symptoms include:
• Avoiding solid food three hours prior to training or racing. Liquid foods such as a lactose-free liquid meal replacement can be taken as a pre-competition meal and also during exercise. In extreme cases, following a low residue diet (limiting caffeine, alcohol, resistant starches, lactose, sugar alcohol, fructose, and large amounts of sucrose) the day before competition may be beneficial.
• Avoiding high-fibre foods, e.g. whole wheat bread, high-fibre cereals and caffeine, prior to exercise.
• Avoiding lactose-containing foods, e.g. cow’s milk and yoghurt before exercise.
• Establishing a routine of emptying the bowel before physical activity.
• Avoiding hyperosmolar (e.g. fruit juice or coke) and carbonated beverages and alcohol. Drink small, frequent amounts of sports drinks or water during training or racing.
• When preparing for a race, practise eating and drinking during training.

You may also need to keep a food and symptom log to help identify certain triggers. If the condition persists, you may need to seek the advice of a registered dietician working specifically in sport, and a physician to exclude any underlying illnesses such as celiac, irritable bowl or inflammatory bowel disease.

Pain in the Foot
I recently started running, but I have terrible problems with my feet. I have seen a podiatrist who diagnosed plantar fascistis, but it is just not getting better. I have been struggling with this problem for about two years. The podiatrist made some inserts for my shoes, but I found that made my hips sore, so I stopped using them. I was advised to stay away from anti-inflammatory tablets, but it’s the only way I can walk the next day. I can no longer handle the constant pain I feel mostly in my heel, on the bridge of my foot and in my ankle. ROXANE, CAPE TOWN

ANSWER
It sounds like your condition has become or is becoming more chronic. If you were diagnosed with plantar fascistis two years ago, it is advisable that you go for an ultrasound of the plantar fascia as well as an X-Ray, which would be able to show whether or not a spur has developed.

From there, it would be advisable to see a podiatrist with the running shoes you are currently wearing as well as your previous orthotics. The podiatrist will assess your biomechanics and give you advice on which running shoe to use with a prescription orthotic. Depending on the diagnosis, the podiatrist may recommend seeing a physiotherapist, who would help to decrease the inflammation and give you specific stretching exercises to do at home.

I realise that anti-inflammatories are the only thing keeping you on your feet at the moment, but it is important to find the cause of the problem, and treat that.

At the End of the Road
I started running at the beginning of last year and have had constant issues with my left leg, specifically with shin splints. I also have ITB in this leg. I have been to see podiatrists, tried many pairs of different shoes, and have been to see physicians. I have also followed the advice of resting for up to two months, only to get my first bout of pain in the first or second run when coming back.

I may have inherited Factor V Laden from my father (I am now 35 years old) and I fell off a horse in high school and landed on a jaggered tree stump on my behind….I have since had a pinched nerve and sometimes get “dead legs”.  Could either of these issues relate to my problems?

One more thing to add is that even though the major issue is in my left leg…I do sometimes get shin splints (again both Compartment and Medial) in my right leg.  Also, the Compartmental pain is only during runs, while the Medial pain can occur during a run and for days after. LYNN RAMSAY, CAPE TOWN

ANSWER
From reading your history it seems as if you have two separate problems; shin splints and anterior compartment syndrome.

As far as the shin splints goes, you seem to have tackled the problem from all angles and have received good advice with regards to your training methods, biomechanics and shoe selection as well as the strengthening of the stabilising muscles. I am afraid that unless the two problems are linked you appear to have done everything that should have successfully resolved your problem.

There is however some steps worth pursuing with regard to the compartment syndrome. This condition is due to a rise in pressure in the muscle compartment as a result of the increased flow of fluid into the muscles during exercise. Normally the compartment can accommodate this increase in pressure but, due to possible hereditary factors, this does not always occur. As the pressure increases, pain is experienced due to interference with the blood supply and in some cases the nerve supply can also be disrupted resulting in tingling and pins and needles. The muscle also typically feels very hard. Both the pain and hardness dissipates with the cessation of exercise.

If the compartment syndrome is very mild it can sometimes respond to stretching but most chronic conditions require surgery to release the compartment.

My suggestion would be to consult a sports doctor who is able to measure the pressure in the compartment in order to get a definitive diagnosis.

If the test is negative it is also advisable to consult a physio in order to assess your neurodynamic function. The movement of your nerves may be affected due the accident you had while in high school and may have a connection to your symptoms.