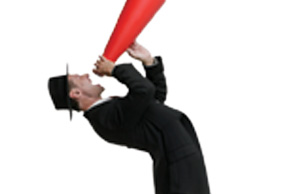 South African Inspiration
When I moved from Chicago to Boksburg for a year of volunteer service, I was looking forward to beautiful African sunsets. I did not expect to see many sunrises – but then I met the Boksburg Running Club. I did not know what I was getting into when I tentatively ran 10km with them that fi rst morning.

Though I ran throughout school and university, I had never gone further than 16km. Over the next few months I built up the distance as well as some wonderful friendships. With the guidance and  encouragement of the BAC, I ran my first 21.1km at Johnson Crane and my second one the next weekend at Sasol! The next thing I knew I was training for a full marathon – something I could never have imagined attempting when I came to South Africa.

The club members were so supportive, helpful and excited for me, especially Neil Cochran, and Estelle and Phil Burmeister. On 11 April, I finished the Slow Mag 42.2km, exhausted but beaming. It was a feeling like no other!

But far beyond the joy I get from running are the joys of friendship, support and love I have received from the Boksburg Club. I look forward to our early morning 10km runs, long weekend runs, Wednesday night time trials and especially the dinner that follows at the clubhouse!

Thank you to all the Boksburg runners who have made my experience here in South Africa truly incredible, and one I will never forget. Running has become a permanent part of my life, and I hope to be back one day to run Comrades with you. Thank you! Good luck to you all at Comrades – I will be there cheering! Hopefully I can come back and run it in Boksburg colours someday.

And thanks so much for a magazine like Modern Athlete; I love it and look forward to every new issue! Road running here is so incredible and the magazine has really helped me learn about all that goes on. – HANNAH GRIESE

Keeping up with Brian
I’d like to tell you about my son, Mark Pikker’s experience in the Two Oceans Ultra, which I think is
very funny. Mark (27) was seeded in B group, as was our friend Brian Key (71). They set off and all was uneventful till Mark started running up Constantia Nek and decided his legs were dead, so he stopped at a water point and in his words, found himself, “Two honeys to rub his legs for him.” He says that he thought he was in heaven, until he heard the chap with the mike pipe up, “Here comes our first
Forester,” and saw Brian come past him.

His fragile ego could not handle this, so he abandoned his ‘honeys’ and proceeded to chase Brian. His Garmin output looks quite funny, as there is suddenly this super-fast kilometre here. The whole way up Constantia Nek Brian did not pause to walk and Mark just about died trying to stay with him. Once they crested Constantia Nek, Mark started going a bit easier and Brian decided to hang in. Mark then told him that he was on record pace for the great grandmaster (GG 70+) age group, which Brian did not realise.

Near Newlands forest they actually went past the first grandmaster (60+), with his lead bicycle! Then
came the finish line, and Mark had to decide quickly whether to let Brian cross the line fi rst, as he felt he
should do, but then he remembered that last year a friend of his got beaten by Brian at Oceans and was
teased for the whole year. So, once again protecting his fragile ego, Mark decided that he could not
handle that and crossed the line six seconds ahead of Brian, both of them fi nishing in 4:30.

The GG record used to be about fi ve hours, but last year Brian took it down to 4:39 and this year dropped it further to 4:30. Sadly, when he was awarded his first GG prize at the prize-giving, all that was said was that he was the first GG, and that he finished in sub-five hours. They did not mention his time,
the fact that it was a new record, or that he had beaten the first grandmaster. – JANA BECKETT, CAPE TOWN

Well Done!
I managed to get hold of a copy of Modern Athlete from a friend who ran the Spar Ladies Race.
It is a lovely article (Living Legend: The Queen of Comrades). Thanks so much! I thoroughly enjoyed
reading the magazine. It is extremely interesting. I read it from cover to cover! I particularly enjoyed
the article on the SA Heptathlon Champ and the one on Alen Hattingh. Congratulations on a unique
and inspiring magazine! – FRITH VAN DER MERWE, GRAHAMSTOWN

Irongirl Liezel
I just wanted to say thank you for the article in March. I received so many supportive emails from readers encouraging me to do Ironman, which I completed in PE! Thank you again for a fantastic magazine. – LIEZEL VAN DER WESTHUIZEN, JOHANNESBURG