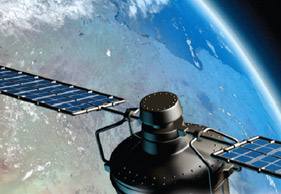 These days many of us use GPS navigation units in our cars, and many runners and walkers wear GPS wrist units that tell them the distance they’ve run and their average pace. Now most of us only know the bare basics of the technology and history of GPS, so Modern Athlete did a bit of research.

The Global Positioning System (GPS) is a satellite-based navigation system launched in 1978 by the United States Department of Defence. It was originally intended for military use only, such as pinpointing targets for missile strikes or search and rescue locations for downed pilots, but in the 1980s the US government opened the system to civilian use.

Today GPS is widely used to aid ground, sea and aerial navigation, for map-making, land surveying, scientific use, tracking and surveillance, and outdoor sports and hobbies. However, us Modern Athletes are most interested in two specific uses: keeping track of our distance, speed and route when we run or walk, and finding the start venue of our next race!

HOW IT WORKS
GPS is made up of a network of 32 satellites in six orbital planes around the Earth. They make two complete orbits of the Earth each day, at an altitude of approximately 20 200km and a speed of roughly 12 250km/h. Their orbits are arranged so that at least six satellites are always within line of sight from any point on Earth’s surface, with up to ten being visible at ‘peak’ times.

GPS works in any weather conditions, anywhere in the world, 24 hours a day. The signals pass through clouds, glass and plastic, but will not go through most solid objects. Buildings, mountains or sometimes even dense foliage can therefore block or slow down signal reception, and GPS units usually don’t work indoors, underwater or underground. That said, modern receivers are accurate to within a few metres thanks to their multi-channel technology that allows them to maintain strong locks on numerous satellites at the same time.

ON THE RUN
Using a GPS unit provides an integrated training and monitoring system that allows you to track your distance and pace, and thus get the most out of your training as well as aid your racing. Some of the basic benefits for runners and walkers include:

Some advanced units even tell you your altitude and let you view your route afterwards on Google Earth, or through downloadable maps and altitude profi les on your PC – and if you get lost during your run, they will help you find your way home again!

GPS VERSUS THE REST
Athletes often ask how GPS compares to other devices that measure pace or distance.