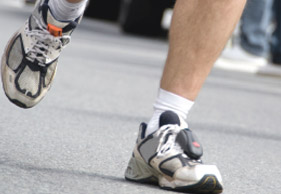 The proper role of pain relief medication in sports medicine has always been controversial. The effects and effectiveness of these drugs in treating musculoskeletal injuries remain largely unknown due to the scarcity of studies specifi c to the athletic community. These drugs do have their uses, but are clearly not always good for you.

NSAIDs are the most frequently prescribed and administered group of medications worldwide. All have anti-infl ammatory, analgesic (pain-relieving) and anti-pyretic (fever-relieving) properties, but unfortunately, continue to be associated with serious adverse effects.

Medical practitioners, while well-intentioned, often prescribe NSAIDs in the management of injuries before, during or after sporting activity. Unfortunately, while they make recovery from a strenuous workout or nagging injury more tolerable, they can provide one with a false sense of security because they:

THE HEALING PROCESS
Conventional wisdom dictates that all infl ammation is bad and needs to be reduced. However, research suggests that medication to reduce inflammation may actually be counter-productive, as it blocks the body’s natural healing process – and can lead to serious complications.

Pain, swelling and loss of function naturally prevent further damage to an injured area. Infl ammation is therefore an essential element to the healing process of all tissues and several studies have shown that by blocking infl ammation, the repair and cellular regeneration process is blunted. These studies show that NSAIDs used for treating injuries may reduce acute pain and allow an athlete to return to action sooner, but may neither facilitate faster healing nor promote long-term healing, and may instead increase the risk of further injury.

Central to this process are chemicals called Prostaglandins (PGs), which are produced by COX enzymes in the body.

COX-1 enzymes produce those PGs that support the bloodclotting function of platelets (cells) in the blood, and also protect the lining of the stomach from the damaging erosive effects of gastric acid. COX-2 enzymes produce PGs that promote infl ammation, pain and fever.

NSAIDs block COX enzymes and reduce PGs throughout the body. As a result, the infl ammation, pain and fever needed for the healing process are reduced. Also, since the PGs that protect the stomach and support blood clotting are reduced, NSAIDs can lead to gastro-duodenal ulcers and promote bleeding.

This led to the development of a more enzyme-selective group of NSAIDs with fewer gastric side effects, which still had the desired effect of traditional NSAIDs. Selective COX-2 NSAIDs have been marketed since 1999, but unfortunately come with their own controversy, as they are not fully understood yet.

Multiple studies have indicated an increased risk of myocardial infarction (death of heart tissue), stroke, heart failure and hypertension, particularly in patients with prior cardiovascular disease or risk factors for it. Until the molecular differences among these agents are better understood through further long-term studies, this group of NSAIDs should be limited to patients for whom there are no appropriate alternatives, and then, only in the lowest dose and for the shortest duration necessary.

AS RUNNERS DO
Aside from injury-treatment, endurance athletes are more likely to use NSAIDs to complete events, and they need to be verycareful when considering taking NSAIDs during training and competition. NSAIDs appear to contribute to hypertension, fl uid imbalances, electrolyte disorders and even renal failure in
endurance events. Older athletes will see these changes sooner by virtue of their age, associated vascular (blood vessel) changes, medical conditions and medications.

Furthermore, the combined use of NSAIDs with exercise increases the likelihood of stomach problems and gastric side effects. As well as the biochemical and biomechanical stresses associated with exercise, the integrity of the stomach lining layers can be compromised due to the decreased blood supply to the
gastro-intestinal tract. Also, drinking alcohol while taking any of the NSAIDs will increase the risk of gastritis and gastro-intestinal bleeding.

NSAIDs AND DOMS
Delayed onset muscle soreness (DOMS) describes muscle pain or stiffness experienced 24 to 72 hours after exercise, particularly at the beginning of a new exercise regime, after a change in sports activities, or after a dramatic increase in the duration or intensity of exercise. This normal response is due to eccentric (contraction when the muscle is lengthened), mechanical derangement of muscle fi bres and is part of an adaptation process that leads to greater stamina and strength as the muscles recover.

NSAIDs AND TENDON INJURIES
One of the oldest myths and errors in sports medicine has been the classifi cation of tendon injuries as infl ammatory conditions. This misunderstanding of ‘tendonitis’ has become ingrained into the minds of coaches, athletes, parents and doctors to such an extent that NSAIDs have become a refl ex treatment for these injuries.

The properly-termed ‘tendinopathy’ or ‘tendinosis’ shows disorganised, haphazard areas of healing with frayed and disrupted collagen fi brils and a scarcity of infl ammatory cells. NSAIDs may help mask associated pain, but will have no added benefit in treating infl ammation that is not present. NSAIDs may
blunt long-term healing and although the return to activity may be sooner, the chronic nature of the  condition may be extended due to stresses and strains on non-healing tissue.

DOCTOR’S ADVICE
Although the widespread use of NSAIDs has gained almost universal acceptance, there is minimal scientifi c evidence of their effectiveness in the treatment of sports injuries. The complexity of side effects, drug interactions, co-morbid conditions (presence of additional disorders or diseases) and use in the athletic population calls for other pain relief strategies.

Preferably, no athlete should rely on any drug to complete an event and athletes are advised not to use NSAIDs, particularly on event days. Realistically though, those who are suffering with musculoskeletal injuries may ignore this advice.