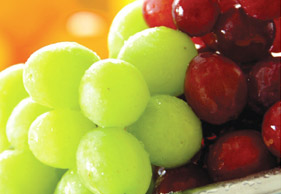 Carbohydrates are too often seen as an enemy to weight loss, but Modern Athlete takes a look at some of the benefits of carbohydrates in promoting healthy living.

Carbohydrates are compounds that are made from carbon, hydrogen and oxygen. They come in two main forms, sugar and starch and their main function is to provide fuel for the body. Carbohydrates should therefore comprise at least 55% of an athlete’s total daily calories.

Simple Sugars
Some sugars, such as those in fruit, are found naturally in food and these have a place in a healthy diet. This is not necessarily true, however, for sugars that are added to food. Excess sugar in the diet causes fluctuations in blood sugar levels, which may increase the risk of conditions such as diabetes, cardiovascular disease and weight gain. Added sugars in food products are not always simply labeled ‘sugar’. You may see them labeled as: sucrose, corn syrup, fructose, glucose, invert sugar, lactose or maltose.

Fructose versus Glucose
Sugars are not all equal in their effects on the body. Fructose, the sugar found mainly in fruit, is generally regarded as a healthier form of sugar than sucrose (table sugar), as it doesn’t cause blood sugar or insulin levels to rise as dramatically. However, studies have recently shown that fructose can impair the body’s ability to handle sugar and can reduce the effectiveness of insulin. Long-term consumption of fructose may therefore lead to elevated levels of blood sugar and insulin, increasing the risk of conditions such as heart disease and diabetes.

Say ‘Yes’ to Slow Release
Whole grains such as whole grain bread, whole wheat pasta and brown rice contain nutrients such as vitamin E, B1, B5, B6, and minerals such as folate, iron, zinc, magnesium, copper and manganese, and are a very good source of fibre. Therefore, they are considered to be superior to their refined counterparts, white bread, white rice and egg pasta. Unrefined starches release sugar into the body slowly, which is associated with lower risk of developing certain diseases, such as diabetes.

Focus on Fibre
Fibre is comprised of indigestible plant material, which comes in two forms: soluble and insoluble fibre. Soluble fibre dissolves in the gut to form a gel-like substance that slows down the release of some nutrients, especially sugar, into the bloodstream. It also ‘traps’ cholesterol and reduces the absorption of it into the blood. This results in lower cholesterol levels, which reduces the risk of coronary heart disease.

Insoluble fibre (often referred to as roughage) does not dissolve in the digestive tract and adds bulk to the waste products in the gut. Daily insoluble fibre intake is important because it helps ensure regular bowel movements.

An adequate level of sugar in the bloodstream is an essential fuel for both body and brain. If blood sugar levels dip, it can cause physical and mental energies to stall. This typically occurs in the mid to late afternoon or after long bouts of exercise. Low blood sugar levels can result in a collection of typical stress-like symptoms such as tremors, heart palpitations, sweating, anxiety, irritability, sleeplessness, weakness and shakiness, as well as chronic fatigue.

Excess blood sugar leads to excess secretion of insulin. One of insulin’s functions is converting excess sugar into glycogen (stored starch molecules) in the muscles and liver. However, when glycogen stores are full, insulin stimulates the production of unhealthy fats called triglycerides. High triglyceride levels can lead to excess fat accumulation, as well as damage to the insulin-producing organ, the pancreas. People with blood sugar imbalances tend to put on weight, especially around the abdominal region. If the body secretes a lot of insulin over years, it can become increasingly insensitive to the effects of insulin. This may lead to insulin resistance and eventually could lead to diabetes.

Are All Carbohydrates Created Equally?
|To balance blood sugar, you need to eat a diet based on foods that control the release of sugar into the body. The speed and the extent to which a food increases blood sugar can be quantified by the glycaemic index scale. The higher a food’s glycaemic index, the faster it releases sugar into the bloodstream, and the worse it tends to be for blood sugar balance and thus, one’s health.

Taking the glycaemic index into account, we now know that while some complex starches (e.g. oat bran), release sugars slowly, others such as potatoes, do not. Bearing in mind how many high GI foods we eat nowadays, it is not surprising that we are seeing increasing amounts of problems with behaviour and concentration, as well as obesity and other health problems.

Taking control of blood sugar and insulin secretion is a key aspect to health. A crucial part of this is based on a healthy diet with a balance of low GI foods and restriction of high GI carbohydrates.

Take Control of Your Health, One Step at a Time

Cooking increases the digestibility of food, making it easier for most starches to be absorbed into the bloodstream. Eating more raw foods (especially vegetables) assists in keeping blood sugar low.

Whole grains are made up of bigger particles, so they take longer to be broken down and absorbed than flours made from the same grains.

Starches are made up of different structures. Predominantly amylose-structured starches (such as Tastic, long-grain and basmati rice) have long straight chains in a compact matrix, which makes them difficult to digest. Amylopectin-predominant starches (such as jasmine, Arborio or risotto rice) have their branches and chains loosely packed, making it much easier to digest them and increasing their GI value.

The higher the acidity of a food, the lower its GI value. Acid slows down gastric emptying. Therefore tart fruits, sour salad dressings, vinegar and lemon juice will lower the GI value of the dish. Sourdough breads such as ciabatta have lower GI values.

Blood sugar levels have been shown to rise much more slowly when foods are eaten at a more relaxed pace.

A mixture of fat and protein with starch can reduce the glycaemic response by delaying gastric emptying and increasing the secretion of insulin.

Resistant starch resists digestion in the small intestine and passes into the large intestine where it is fermented by bacteria to form short-chain fatty acids which have many health properties.

Preheat oven to 250? C. Mix the flour, baking powder, bicarbonate of soda and cinnamon in a mixing bowl. In a smaller bowl, combine the banana and milk and mix until smooth. Add this to the large bowl. Mix in the dates and pecans and knead the mixture. Flatten the mixture on a baking tray and use a shape cutter to cut out the scones. Bake in the oven for 20 minutes or until cooked throughout.

For a late afternoon treat, serve with a dollop of honey or low fat whipped cream.